Tomorrow is my Birthday. :)

In celebration, if you shop in my etsy store, message me saying Happy Birthday! I’ll give you $3 off! Today, tomorrow and Friday. (Sept 1st – Sep 3rd). :)

And this is a silly little plate I designed. Yum Cupcakes!

I haven’t made an Illustration for anyone in quite a while! So with Denise’s birthday being today, i decided to make her one! It was really fun. She’s always wearing something bright and colorful, so it was easy to remember her outfit pieces. She was really happy with it, so I’m happy with it too!

I was thinking, how cute would it be to get a little drawing of you and a significant other/ fiancee for your Wedding invites? I wanna do that for someone. :) Know anyone who could benefit by having a portrait of themselves? Letterhead? Logos? And at checkout if you tell me that you are a reader of my blog, I’ll give you $2 off any Portrait! :) I do custom blog headers, buttons and etsy headers as well.

Let me know what you think! Please, Pass it on! I need some business! :)

Thank you for reading. <3 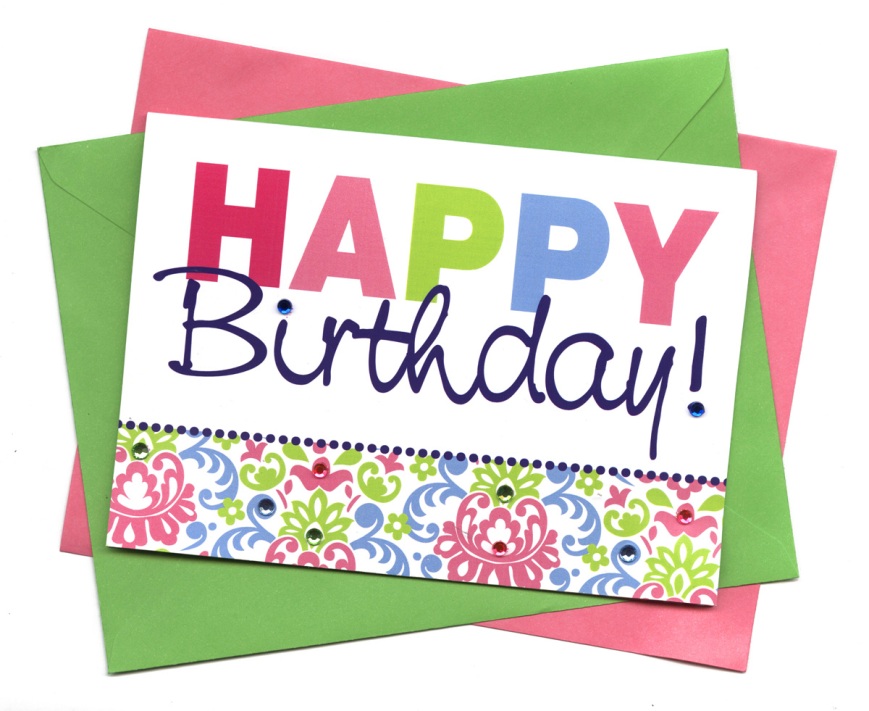 This is a Birthday card I made for my mom this week. Her birthday is on Thursday the 24th! I hope she likes it. My sister helped me choose the color scheme, and I tried to make it fun without being overly juvenile. I HAD to add a few gems around. The inside is the same swirly pattern, and it says “Happy Birthday Mom” in the same font as Birthday on the front. I still cant decide which envelope to put it in. Pink? or green?

Which do you think?

Thanks for stopping by!

ps- i LOVE this scanner, the card looks so real! :)

Yet another Co-Worker / Friend celebrating in February! Many March Babies to come as well! :)

Tomorrow is Tanya (another friend/ co-worker)’s Birthday. :) she saw the drawings i made for Pegah and Grace, and wanted one of her own! It came out really well! :) Since its supposed to snow, we did her birthday celebrations this morning, just so nothing got delayed! i had a blueberry bagel with Strawberry cream cheese! THAT is a first for me. the cream cheese, that is. :) Anywhoo.. onto the drawing!

i drew her bracelets, necklace and even her wrist tattoo. :) i’m very pleased with how it came out!

I also made brownies (from scratch). Boxed brownies do NOT taste great. i chopped up some semi-sweet chocolate to throw on top. it melted at the end.. so yummy! its an easy recipe, i’ll post it up at a later date. :)

Next week is another birthday! I need to start making his birthday drawing. i already loaded up on cocoa powder and sugar and supplies for more brownies! There are many ideas floating around this big head of mine! :) 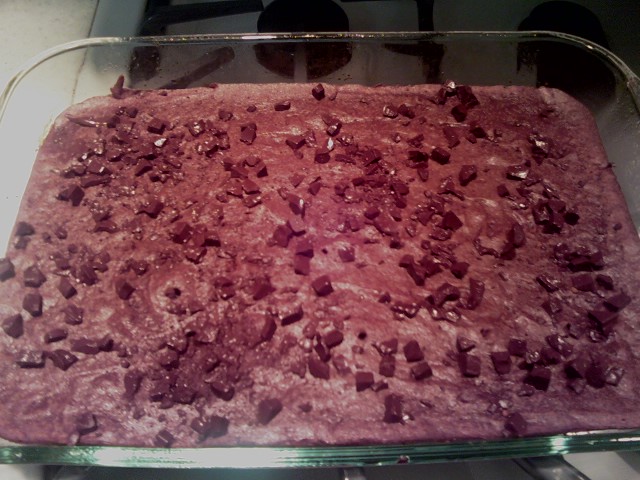 After brownies i decided to try out a new pattern i made. it was supposed to be a different animal.. but as it progressed it ended up looking like a chipmunk.. but i decided that its a mouse with stubby tail. :) Would you pay money for This? i’d like to sell them and make kids smile. :) but this guy is WEIRD looking! 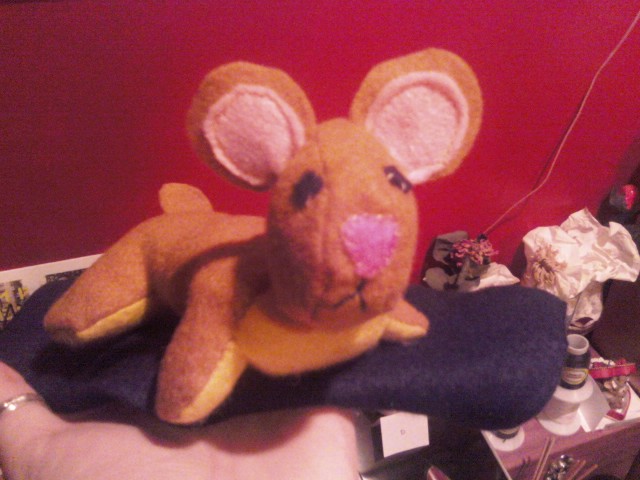 Hi again! who am i saying hello to?

.. i wonder who actually reads this blog… anyway…

Today is my co-worker/ friend Pegah’s Birthday! :) So i decided to make her a picture in illustrator. :) I drew her neat brown boots with thick socks, long dress/skirt and her awesome scarf from Pakistan. i didnt know the design too well cause its always wrapped around her neck, but i tried. it kind of looks like a Christmas camouflage haha. She liked it very much. :) So here it is. :) 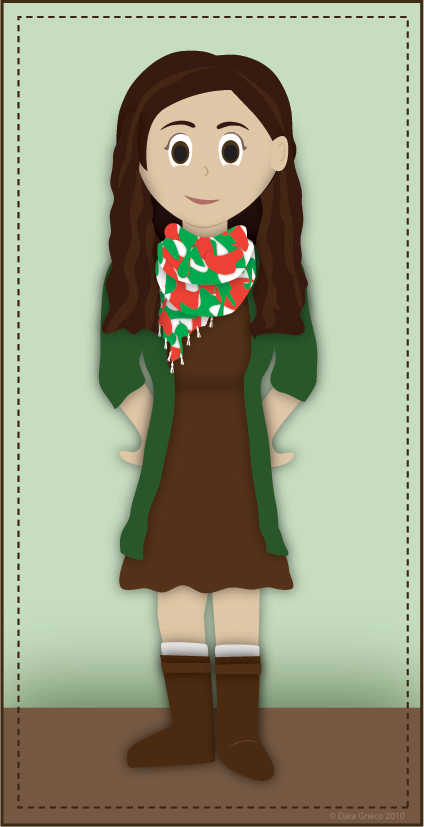 My name is Dara. I like to design, draw, craft, sew, bake, quilt & make things for friends! I love antiques and shiny things and eating snacks. :) However you've happened upon my blog, I'm glad you're here!

What do you think?